Panel discussions of the final day of the VII BRICS Legal Forum took place on 19 November 2020. The CEO — Chief of Staff of the Association of Lawyers of Russia Elena Spiridonova sent her greetings to the participants of the Forum.

The second day of the forum opened with a panel session “New paradigms of international commercial dispute resolution”, moderated by the President of the Bar Association of India Prashant Kumar.

Chairman of the Panel for International and Investment Disputes of the Arbitration Centre at the Russian Union of Industrialists and Entrepreneurs (RSPP) Alexander Grebelsky spoke about the international regulation of commercial disputes: «Experts in the sphere of cross-border dispute resolution are quite optimistic about the pandemic. It is obvious that the pandemic has affected entire branches of the economy and the consequences will continue to show up for a long time. Most likely, we can expect an explosive increase in the number of disputes, including those among representatives of the BRICS countries.»

Head of Legal Affairs of the Shanghai International Arbitration Center Hongmin Yao supported the urgent need to create a common dispute resolution mechanism for BRICS and stressed that «the Shanghai International Arbitration Center is ready to work with representatives of the BRICS countries and contribute to the creation of a common system of legal regulation.»

President Elect of the Bar Association of India and mediator Amarjit Chandhiok said that the pandemic has pushed Indian specialists to apply new technologies more actively.

During another panel session on the “Legal regulation of sports and protection of the athletes’ rights in the BRICS Member States” experts discussed the cooperation tools in anti-doping , fight against corruption in sports competitions and fixing of sports results. Special attention will be given to the demand for highly qualified lawyers who defend national interests in the sphere of sports.

The moderator of the session, Rector of the Kutafin Moscow State Law University (MSAL) Victor Blazheev spoke about the importance of sports law. «There are a lot of questions about protecting the rights of athletes. This shows the need for a more active approach by the State from the point of view of legal regulation in this sphere», – said Victor Blazheev.

Justice at the Brazilian Superior Labor Court Guilherme Caputo Bastos noted that the sports solves an essential social issue. «The role of sports becomes more important, it involves all countries, and accessible to representatives of various classes. Sport brings people together, encourages the will to cooperate. This ability to cooperate through sports becomes increasingly important within the BRICS,» Caputo Bastos Guilherme said in his speech.

Professor of the Law School of the Tshinghua University Siyuan Tian noted the importance of protecting personal data of athletes and said that the Tsinghua University is currently actively promoting the revision of the Chinese Law on Sports. 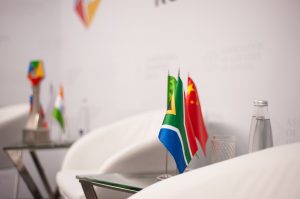 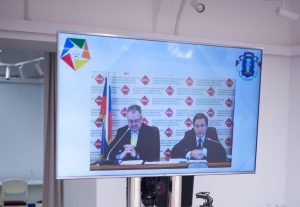